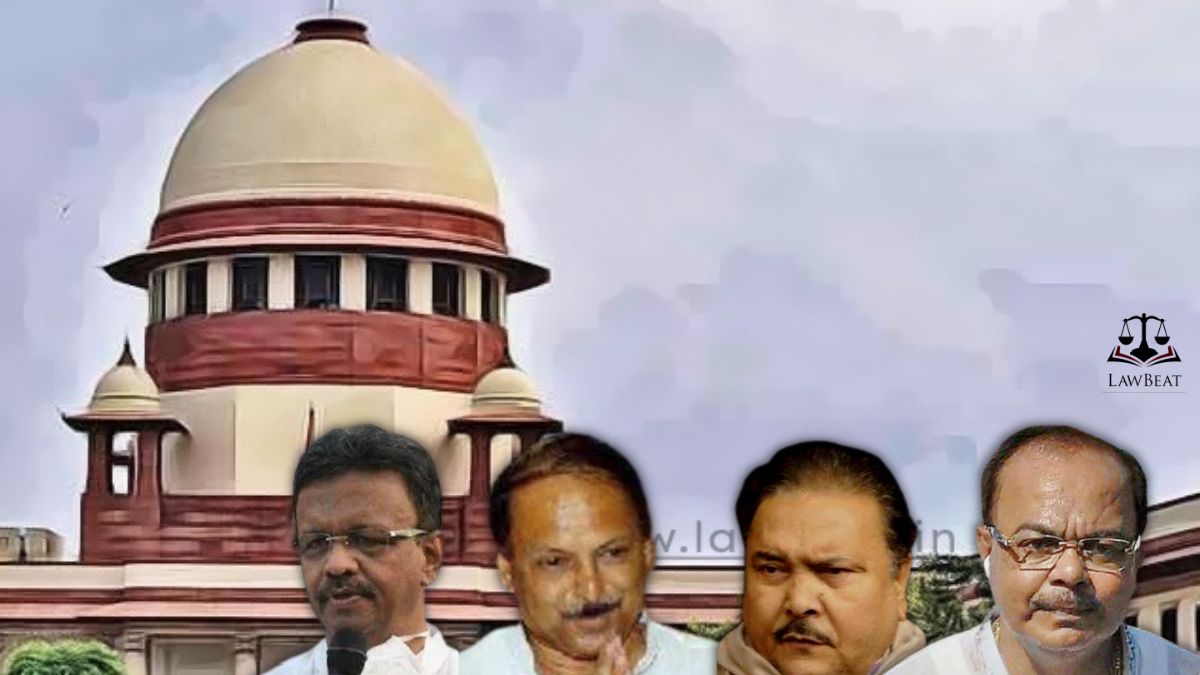 Supreme Court will hear the case related to appeal by West Bengal Government challenging Calcutta High Court Order refusing to take on record an affidavit by the State CM and Law Minister, on Friday.

A Division Bench of Justice Vineet Saran and Justice Dinesh Maheshwari, while continuing the previous order, listed the matter to be heard on Friday.

“This matter has been listed before us as it has been released by bench of Justice Gupta and Justice Bose. Since the matter was listed during the course of hearing, we could not read the files. By previous order, the court had directed the Calcutta High Court to not take up the matter on June 21 and June 22. Parties have further stated that the next date is tomorrow. We hope that the High Court will not take up the matter on 23rd or any date prior June 25”, the bench said.

Appearances were made by Learned SGI, Mr Mehta,

Senior Advocate Vikas Singh, for the State of West Bengal.

Earlier, in the morning today, the bench comprising Justice Hemant Gupta, had moved a request to the CJI, to see if another bench could be set up to hear matter.

The bench comprising Justices Dinesh Maheshwari and Justice Vineet Saran were to hear the appeal by Law Minister of West Bengal and CM Mamata Banerjee challenging the Calcutta High Court order refusing to take on record, an affidavit filed by the state, Chief Minister and Law Minister, in a transfer plea filed by CBI in the case related to the Narada Scam.

The Supreme Court had agreed to hear on June 22, a plea by West Bengal Government and State Law Minister Moloy Ghatak against the Calcutta High Court’s refusal to place on record affidavits filed by them in the Narada Scam case.

The five Judge bench of the Calcutta High Court on June 9th refused to admit the affidavit filed by the state government on the ground that,

“if the Petitioner wanted to file its response, time should have been sought at the time of issuing notice and not when the arguments are at an advances stage, more so when the Petitioner was a party, which only had to respond to certain factual assertions made in the pleadings by the CBI, in utter disregard to the Principles of natural justice and de hors the applicable rules of the High Court for completion of pleadings”.

The matter was listed before the vacation bench of Justice Indira Banerjee and Justice MR Shah, however when the same was called out, Justice Banerjee said, “I have some difficulty. I cannot hear this matter”, she had stated.