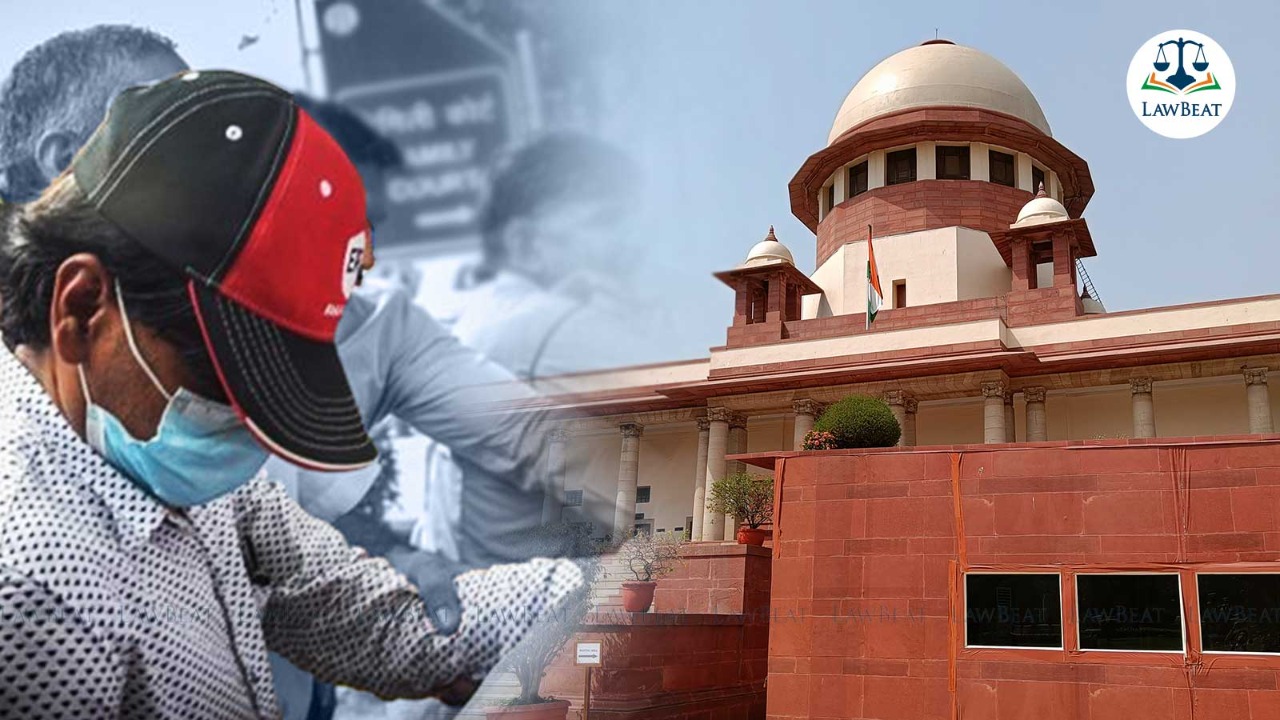 A bench of Justices DY Chandrachud, Surya Kant & AS Bopanna stated that Zubair should be released by 6 PM today from Tihar Jail, while clubbing all FIRs against him from UP & transferring them to Delhi Police Special Cell, which is already investigating a case against him.

The Court has also rendered the Special Investigating Team formulated by DG, UP Police redundant and as a consequence, disbanded. Upon a personal bond of INR 20,000, Mohammed Zubair is slated to be released today.

Zubair's counsel Vrinda Grover argued that he was being harassed and targeted and that the state and police were exercising excesses against her client. She further informed Court that there was a threat to Zubair's life and that a bounty had been announced in his name.

"The substantive nature of FIRs remain the same. The criminal law machinery is being used to harass and target me. They have set up a Special Investigation Team," Grover said.

Grover further argued that though multiple FIRs had been registered against Zubair, the subject matter of these FIRs were his tweets, which were already under investigation by the Delhi Police.

"Please see the subject matter of their FIRs, they are saying it is about posting tweets since 2014 against Hindu Deities from different devices. In addition they run a web portal called "Alt News". They also suspect that Alt News has violated FCRA. I have already got bail in the FIR concerning FCRA violation(s) by Delhi Court. What kind of police remand application is this (in Hathras). They will examine my tweets from 2014. They will take me in custody for 15 more days.. What are the charges against me?," Grover to SC

Garima Parshad, AAG, appearing for the State of Uttar Pradesh vehemently opposed the prayers of the petitioner, stating that Zubair was not a journalist but a fact checker as he claimed to be and that he was deriving monetary benefits out of fanning communal hate.

"He is NOT a journalist. He is a "fact-checker". He tweets venom. He is being paid for tweets and he has admitted it, saying that every time he maliciously tweets, he receives more. He has admitted that 12 lacs is his monthly quota," Parshad said

Parshad pointed out that Zubair has been consistently publishing tweets which have led to communal divide across the state of UP, she exemplified this by stating that his tweet highlighting a speech a Bajrang Dal personality had led to a situation whereby entire Sitapur area had to be siphoned off with security, while no such issue existed prior to his tweet.

She also mentioned that his tweet on an an old man being beaten up in Ghaziabad, Loni was given a communal angle where there was none and this indeed fanned communal divide in a sensitive area.

She also added that his tweets on June 5th and 6th, 2022 after the May 26, 2022 TV debate in which Nupur Sharma was shown were used as pamphlets, distributed to persons after Friday prayers. She said that in his tweet, he had mentioned that globally support was being garnered and that it was time to protest.

The Bench proceeded to pass orders granting Zubair interim bail as well as liberty to approach the High Court for quashing of FIRs against him. Court noted that the order was not a comment upon merits of any case.

On July 18, Supreme Court bench of Justices DY Chandrachud and AS Bopanna directed the Uttar Pradesh Police, to not take any precipitative steps against  Mohammed Zubair in any of the five FIRs without its permission till the next date of hearing.

The court was hearing a plea filed by Co-Founder of the AltNews, Mohammad Zubair seeking direction to quash six FIRs filed against him in the State of Uttar Pradesh in connection with his tweets. The FIRs have been lodged at Lakhimpur Kheri, Sitapur, Muzaffarnagar, Ghaziabad, and two at Hathras over his allegedly 'controversial' tweets.

The court had then observed that the contents of these FIRs seem to be similar. Court further observed that the moment he gets bail in one FIR, there seems to be another one and there is a vicious cycle of FIRs.

Thus, the court passed an order directing the UP police not to take any precipitate steps, without its permission till the next day of the hearing.

Zubair's plea has further challenged the Special Investigation Team constituted by the Uttar Government to investigate the cases registered.

In the Sitapur case, Zubair had allegedly called Bajrang Muni a 'hate monger' and insulted Yati Narsinghanand and Anand Swaroop in his tweets. He was sent to judicial custody by the local court.

However, the apex court granted him interim bail of five days in the case. The order was passed in a plea by the Alt News co-founder challenging Allahabad High Court’s order refusing to quash this First Information Report (FIR) lodged against him over his tweet.

The Top Court had asked Zubair not to post any further tweets or tamper with evidence. Moreover, it had also clarified that its order pertains only to the Sitapur case and not any other case. A local court in Sitapur has rejected Zubair's bail plea in this case.

Upon the CJI directing Grover to mention it before the appropriate bench, it was mentioned before a bench of Justices Chandrachud and Bopanna, later on. The court, while agreeing to hear the matter, asked SG Tushar Mehta to assist them even though the SG informed the court that he is yet to receive instructions in the case.

Case Title: MOHAMMED ZUBAIR Vs. STATE OF UP & ORS.