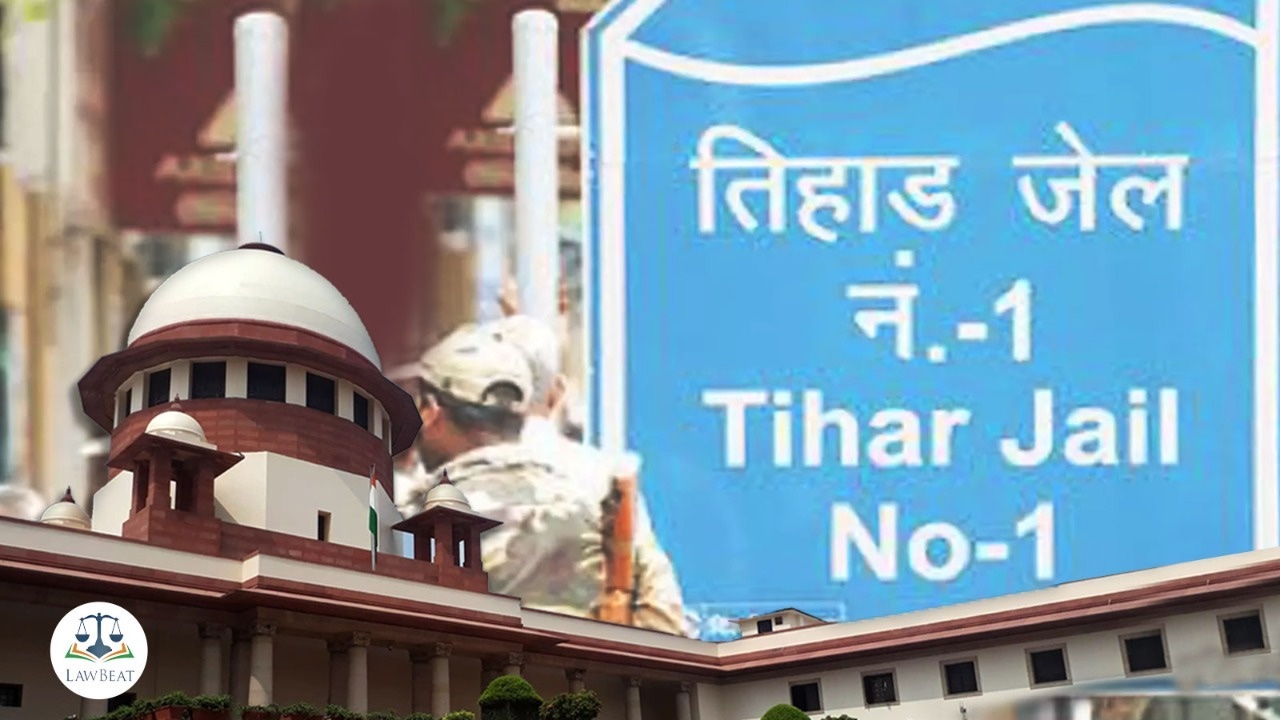 The Supreme Court on Thursday took serious note of the Delhi Government's non-appearance in a case concerning the administration of Tihar Prison in the capital.

The Ministry of Home Affairs filed an affidavit of compliance relying on contents of the model prison manual. The MHA also agreed to accept any further recommendations by the commissioner of police.The court however was not satisfied with the affidavit and noted that “Prima facie it appears that adequate steps are yet to be taken”.

At this juncture, Madhavi Divan, appearing for MHA submitted that the prisons are a state subject and hence instructions have been issued to Delhi government to execute the same. KM Natraj, ASG, appearing for the Delhi police submitted that though the DG of prisons is from Delhi police, they are on deputation to Delhi government and the centre does not have a role to play in the jail administration.

Justice Chandrachud on hearing this called for the counsel for NCT of Delhi to appear and clarify on this. However since none appeared for NCT of Delhi, he remarked,
“What on earth is happening here?”

The court, in order to avoid any such occurrences in the future, sought recommendations from the Commissioner of Police and the same were submitted to the court in October, 2021. The Government was then asked to comply with the recommendations.

A bench of Justices Chandrachud and MR Shah asked the Ministry of Home Affairs and the Delhi Government to stop “passing the buck,” on who is responsible for the administration of Tihar Jail and implement the reforms at the earliest.

Siddharth Dave, Senior Advocate, clarified that the Fr DG prisons are from Delhi Police, the SP is from Delhi Andaman and Nicobar Islands Police Services and the guards are from a division of Tamil Nadu security forces.

The court on hearing the parties held that it was of  the view that passing of buck between MHA and Delhi must be dealt with by effective coordination.

The court further held that the report of the Commissioner of Police will gather dust unless steps are taken to implement it.

The court directed that  an officer at level of sec at MHA, DG prison at Tihar, Chief Secretary government of NCT shall convene a meeting within one week. It further held that they shall take concrete decision and file a comprehensive affidavit comprising of the timeline to execute the recommendations and the steps to be taken to do so.

According to what transpired in the court, 3 important recommendations were made to improve the security at Tihar, they are

According to the submissions of Madhavi Divan, ASG, the following have been complied

The matter will now be listed after 3 weeks