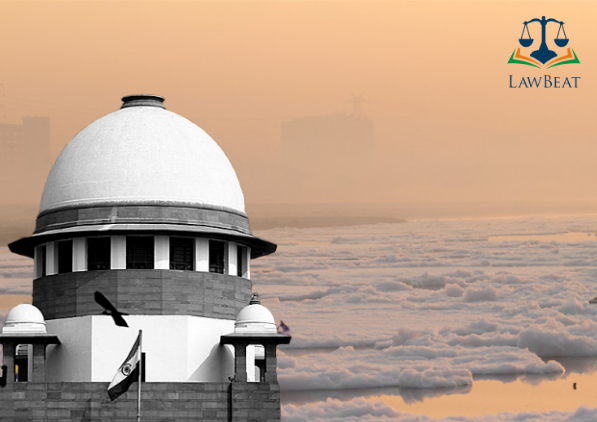 The notice was issued upon Amicus Curiae, Meenakshi Arora’s submission, “NGT passed the order & disbanded all the Committees. Two excellent reports have been submitted. The presence of the committee would assist us.”

Earlier, Additional Solicitor General Aishwarya Bhati had informed Supreme Court that Delhi was one of the most habitual offenders so far as Yamuna Pollutants were concerned. She added that a status report to this effect will be filed before the next date of hearing.

In January, while hearing the petition related to increased ammonia levels in Yamuna [Delhi Jal Board v. State of Haryana] due to discharge of pollutants, the Top Court issued direction to register a suo motu petition viz. contamination of river water, due to improper waste disposal.

It issued necessary directions to the Central Pollution Control Board.

The Bench in the connected matter(s) was also hearing a fresh Intervention application that was filed by Delhi Jal Board praying for direction to be issued to the Haryana government to release the water to avert severe crisis in the State of NCT of Delhi.

Adv Vikas Singh appearing for the Petitioner requested the Court to appoint any Retired Judge one from Delhi & one from Haryana to inspect the condition.

At this juncture the CJI intervened & said, “Will this become a river water dispute under the Constitution? I want a clarity on this question”

Sr Adv Dr Abhishekh Manu Singhvi submitted that the petitioners did not object to the repairs but only to the fact that the repairs were being done in the month of March, April, May & June which are considered to be the hottest & that such repairs would lead to water shortage for the residents of Delhi.

On the last date of hearing, the Bench while issuing notice to the Government of Punjab & Haryana, directed the Respondents to maintain the status quo of water supply in Delhi.