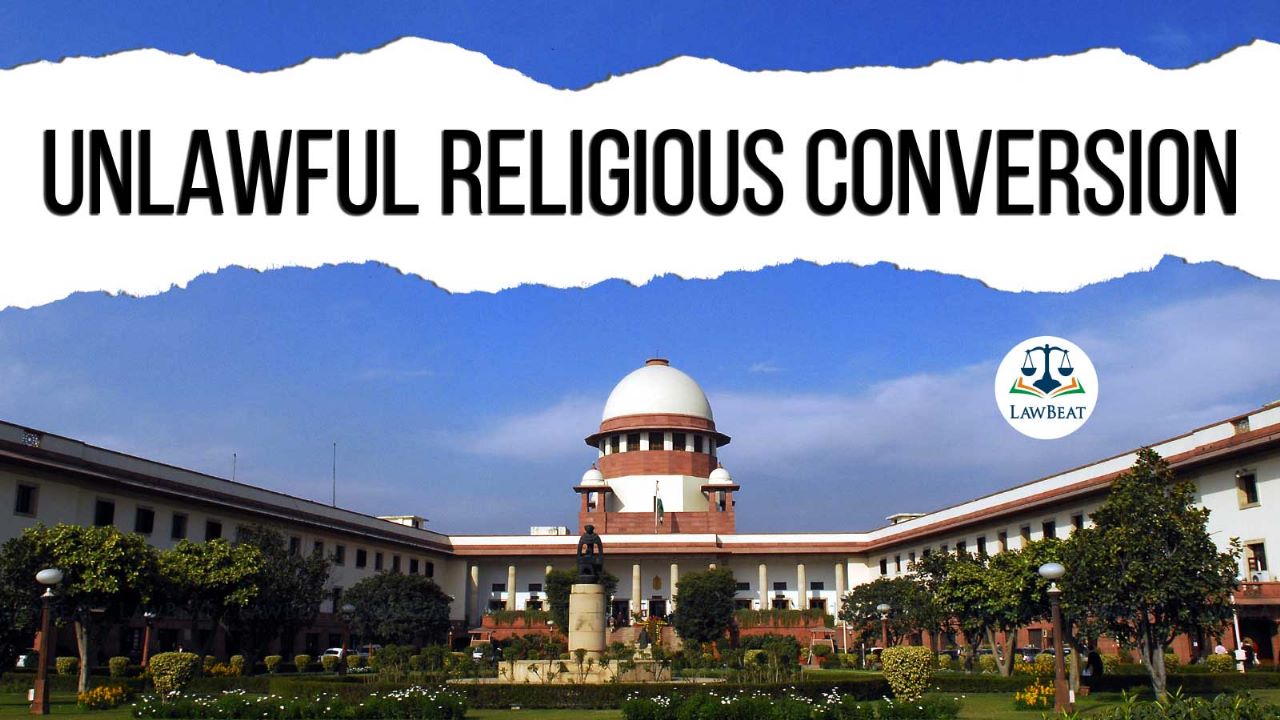 The Supreme Court recently ordered a maulvi, accused of the offence of converting directly or otherwise, any person from one religion to another by use of force or allurement or by any fraudulent means, to appear before the concerned Investigating Officer between January 16 to 20, 2023 at 11.00 AM everyday for the purpose of interrogation/investigation.

Notably, the accused maulvi had lured about 37 Hindu families, by providing them grains.

When the matter was taken up, counsel appearing for respondent-State of Gujarat had made a very serious grievance that the petitioner-maulvi, after obtaining interim protection from the Top Court and even prior thereto, was absconding and not cooperating in the investigation and had never appeared before the concerned Investigating Agency/Officer.

Advocate Kanu Agarwal, had further submitted on behalf of the State of Gujarat, "He (maulvi) is giving grains, defaming Hindu religion. During Investigation, it was found that money was routed through him and he helped in conversion. After Court order now, he is absconding. He was not doing this out of the kindness of his heart but because he was funded."

Court was further informed that there was ample material collected during the course of the investigation against the Maulvi that through him the money was routed and he helped the religious conversion.

During the course of investigation, it was also found that money routed through the Maulvi from various persons had been used for the converted people, who, as such, were converted by luring, a bench of Justices MR Shah and CT Ravikumar was told.

Apart from that, in its counter, the State of Gujarat had opposed the anticipatory bail plea filed by the accused Maulvi and had placed reliance on High Court's order denying the maulvi anticipatory bail. The high court had noted that "petitioner has attempted to convert directly or otherwise, any person from one religion to another by use of force or allurement or by any fraudulent means".

The counter had further added,

"....statements of at least 7 witnesses were recorded by the Investigating Officer under Section 161 of CrPC wherein the allegations in FIR/ Charge sheet were reiterated in the said statements, inter alia, some of the converted Muslims children were sent to Samrod, Surat for Islamic studies in 2 madras owned by the petitioner, their entire lodging boarding and other expenses were borne by the petitioner. The petitioner, along with another accused Maulavi Ovesh used to distribute water coolers and praying mats to the converted people of my village Kankaria. It has been further stated that the Islamic Education of children of converted people was sponsored by the petitioner and the children were obliged to recite Quran."

The High Court in April last year had refused to grant anticipatory bail to the Maulvi, who in connivance with 5 others, had converted around 37 Hindu families and 100 Hindus by providing them financial assistance, while noting that,

"....it appeared from the statements of the witnesses and investigation papers that Mahmood and other accused converted persons from one religion to another religion by providing cash amount and other articles of their requirements and specifically Mahmood, in addition to providing free education, provided certain articles as water cooler, freeze, chattai for namaj and cash amount to the converted persons."

In its order, the Supreme Court however, has said that before considering the allegations and the counter allegations against the petitioner-maulvi and the material collected, he should first appear before the concerned Investigating Agency/Officer - Aamod Police Station, Bharuch for the purpose of interrogation/investigation and thereafter, the matter shall be considered on merits.