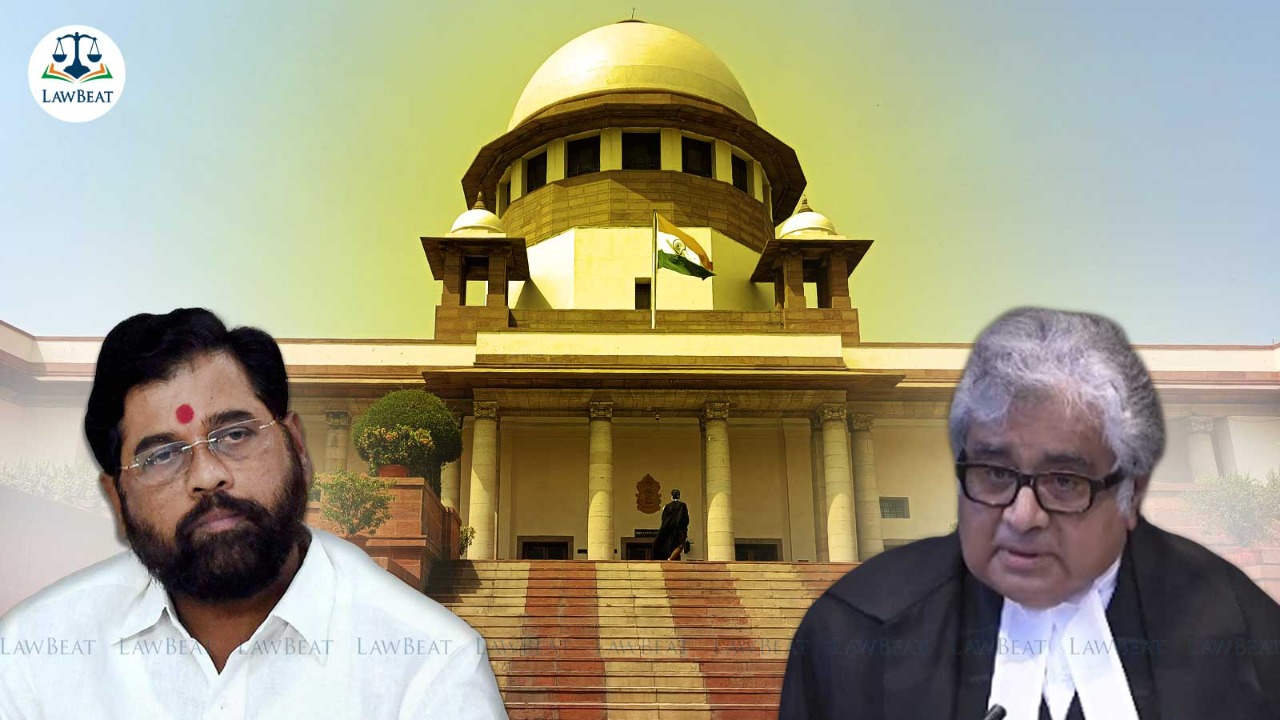 He argued that there has to be democracy within the party and there can be two groups within a party. He said, "It has happened in Congress in 1969.”

Harish Salve, Sr. Adv, representing Eknath Shinde before the Supreme Court in a batch of matters pertaining to Maharashtra political crisis, today argued that anti defection law is not a weapon for a leader who has lost the majority within the party to hang on to power, by locking up its members.

Salve argued that there are serious factual controversies in the matter. He submitted that if there are a large number of MLAs who are not happy with the present leadership in the party, they are entitled to demand for a new leader. Salve asserted that Eknath Shinde is a dissenting member of the party and is still a part of Shiv Sena. He said, “There has to be democracy within the party. There are two groups within the party, it has happened in Congress in 1969.”

He emphasized that the question that is to be decided is as to who is the leader of the political party. Salve submitted that there is a difference between an intra-party conflict against a leader and persons leaving the party. He said that the question of anti-defection will arise only to those giving up the party membership.

Countering Senior Advocate Kapil Sibal’s arguments on disqualification, Salve submitted that a member cannot be disqualified merely for not attending a party meeting. He said, “There is no Supreme Court judgment that says so.” Further arguing that the court cannot substitute itself to the speaker’s jurisdiction, Salve argued that the speaker has been elected by a majority and he cannot be stripped of all the authority and have this court decide the petitions for disqualification.

The Chief Justice of India queried Salve that Shinde came to the court first and got the orders of the court asking the deputy speaker to defer the hearing of disqualification by 10 days, however now an argument is being advanced that the speaker should decide the issue. To this, Salve replied that the arguments were not on that point. He said, “I am not saying that we got an advantage because of the 10 days, I am only saying that the arguments are misconceived.”

Salve further argued that nobody has left the membership of the party and the reason why they approached the Supreme Court was that the speaker could not decide on their disqualification as there was a resolution seeking his removal. Salve, however, agreed that the Shinde camp could have moved the High Court under Article 226 of the Constitution.

On the last date of hearing, Salve had argued that raising one’s voice in a political party without crossing the 'Laxman Rekha' is not an act of defection.

In June, Eknath Shinde had moved the Supreme Court asking a direction to the Deputy Speaker to not take any action in the Disqualification Petition moved by Shiv Sena, seeking disqualification of Shinde and other MLAs.