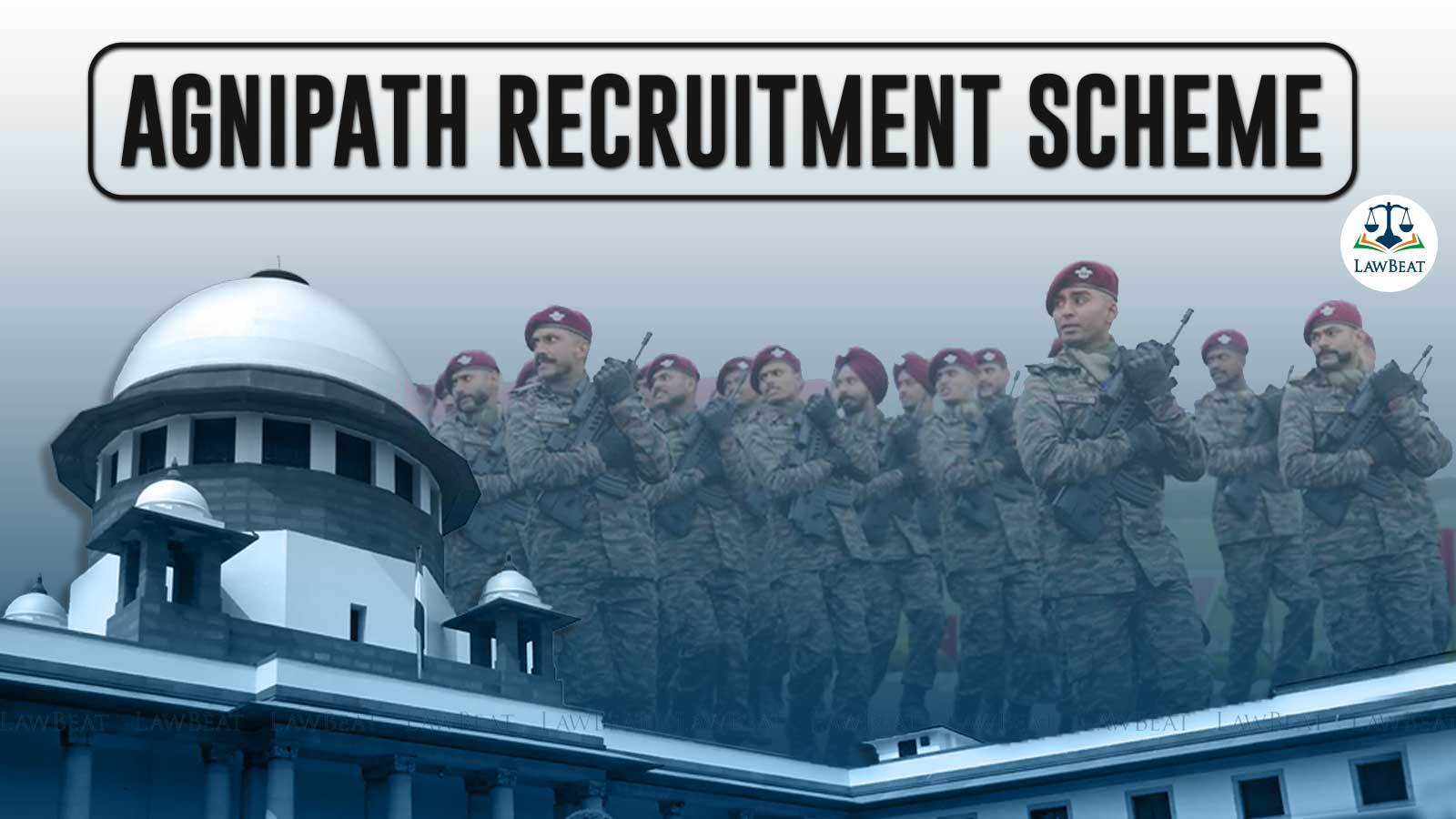 The Central Government has filed a caveat over a perception that petitions will be filed challenging the recently introduced Agnipath Recruitment Scheme for recruitment in the Indian defence divisions i.e. the Indian Army, Indian Navy, and Indian Air Force.

A caveat is filed by a party requesting the court to hear them before taking any decision, in case a petition is filed against them.

Whereas, in this row, 3 petitions have already been filed challenging the Agnipath Recruitment Scheme to date. The latest plea over the issue is seeking direction to the Union of India through its Ministries and Department of Military Affairs for reconsideration of the ‘Agnipath’ Scheme.

The plea also seeks a direction for the constitution of a committee for providing inputs to the Department of Military Affairs, Ministry of Defence and also to invite the suggestions of the stakeholders of job aspirants of armed forces and of the retired Army officers for amendments to Agnipath Scheme for providing Job Opportunities to 75% Agniveers, post-retirement.

In addition to this, another plea filed by Advocate ML Sharma challenges the 2022 Agnipath Scheme stating that the notification contrary to the constitution is a serious injury to the citizen of India including to the Indian army which cannot be repaired if not quashed.

It submits that the Government without having approval in the parliament and without any gazette notification quashed the century-old army selection process and imposed the “Agnipath Scheme” for the recruitment in all three armed forces divisions.

Whereas, the plea filed by Advocate Vishal Tiwari submits that the consequence of the recently launched Agnipath Scheme by the Central Government has been far-reaching for the citizens of this country resulting in intensified vandalism and protest leading to severe destruction of public property and goods.

The plea states, "A few days ago in Uttar Pradesh the houses of some Muslims were demolished by the government alleging their participation in riots. This conduct of the Uttar Pradesh Government was condemned by many retired Supreme Court judges, High Court Judges, lawyers, and law abiding citizens."