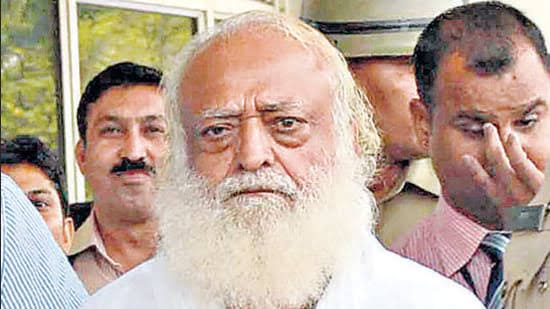 Opposing Asharam’s interim bail plea sought on medical grounds which is expected to be heard on Friday, the complainant’s father has approached Supreme Court seeking to be impleaded as a party in the same.

It has been argued that Asharam being highly influential and politically connected with a force of million of blind followers around the country if granted bail would organise revenge killing of the child rape victim and her family and of the rape victime and eyewitnesses pending at Surat, Gujarat.

“Our nation unfortunately also on a frequent basis witnesses cases of honor killing and the father of the child-rape victim is apprehensive that his daughter and his family could be killed in a honor killing by the followers/henchmen of the powerful godman i.e. the Petitioner.”, the application filed through Advocate Utsav Bains states.

The girl’s father has also said that Asharam’s followers had recently threatened him and irrespective of this State of Uttar Pradesh reduced their security making them vulnerable to murderous attacks by the followers/henchman.

“So far as Asharam’s interim bail on medical ground is concerned, he has been making continuous efforts to secure bail on medical grounds at least since 2014 and has approached the Top Court on a number of occasion, wherein on every occasion his bail has been rejected after being examined by team of doctors”, Victim’s father has also submitted.

Emphasizing on Asharam’s State Sponsored impunity, the application states that the same is so grave and naked that the Uttar Pradesh police irrespective of the petitioner’s hired killer Kartik Haldar’s confessions to the Police that he shot dead the key eyewitness Akhil Gupta on petitioner’s order is still to question Asharam, interrogate or arrest him or even make him an accused after registering an FIR against him.

With regards to this the plea states that the Uttar Pradesh police is brazenly violating the Hon’ble Supreme Court’s judgement (Lalita Kumari) by protecting Asharam because of his powerful political connections.

Pursuant to the Court’s order, The State of Rajasthan had submitted a counter affidavit in the matter pending before top court viz. Rape accused Asaram Bapu wherein they had submitted that Asharam has been attempting to change the venue of custody in the name of medical treatment.