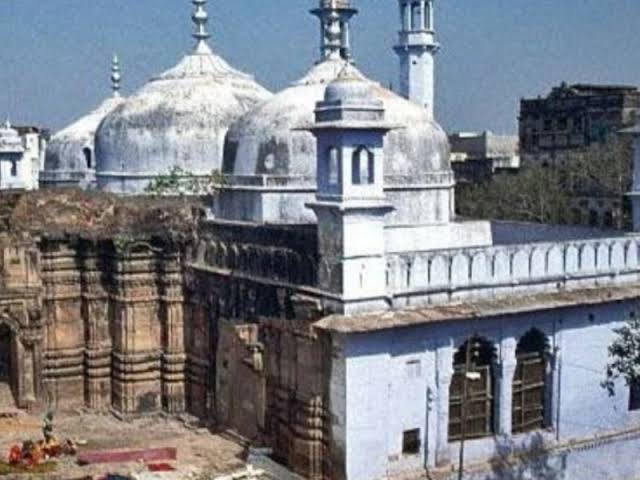 Pronouncing judgment in the appeal filed by UP Sunni Central Waqf Board and Anjuman Intazamia Masjid, Varanasi which challenged the Varanasi court’s order —allowing the Archeological Survey of India (ASI)  to conduct a comprehensive physical survey of the Gyanvapi mosque adjacent to Kashi Vishwanath Temple Allahabad High Court today has stayed the Varanasi Local Court's order.

The Court observed that the Varanasi Civil Court should not have proceeded and decided for survey by Archaeological Survey of India knowing that the judgment was reserved in all pending petitions regarding the dispute by this Court.

The Bench of Justice Prakash Padia held that the court below should wait for the verdict in the petitions pending before the High Court and not proceed further in the matter till the time a judgment is delivered.

"The judicial courtesy and decorum warranted such discipline which was expected from the Court below but for the unfathomable reasons, neither of the courses were taken. It is to be regretted that the court below departed from this traditional way in the present case and chose to examine the question himself."

Stating that the Court had said as abovementioned with the fond hope that judicial enthusiasm should not obliterate the profound responsibility that is expected from the Court below, the Court allowed the amendment application filed by the petitioners to make necessary amendments in the petition within three days.

The amendment applications were  filed in two petitions by the petitioners inter-alia with the prayer to set aside the order
passed by the Civil Judge (Senior Division) F.T.C. on April 8.

Earlier on August 31, on an appeal filed by UP Sunni Central Waqf Board and Anjuman Intazamia Masjid, Varanasi challenging the Varanasi court’s order of April 8, the High Court had reserved its verdict which was pronounced today.

The Backdrop of the Matter

On April 8, 2021, Civil judge Senior Division, Varanasi Civil Court allowed the Archeological Survey of India (ASI)  to conduct a comprehensive physical survey of the Gyanvapi mosque adjacent to Kashi Vishwanath Temple. The court directed the State Government to bear the expenses. Directions were further issued to constitute a commission for the survey.

The plea by the devotees and worshippers as next friend of the plaintiff deities, avered, “Asthan Lord Adi Visheshwar, Jyotirlinga” was damaged in 1669 under the orders of Mughal Ruler Aurangzeb but “Maa Shringar Gauri, Lord Ganesh, and other subsidiary deities” continued to exist within the ancient temple, which is claimed by Muslims to be part of the “Gyanvapi Mosque”.

The instant suit wass filed for restoration of Darshan and performance of rituals at the principle seat of Asthan of Lord Adi Visheshwar and of Goddess Maa Shringar Gauri, the Ardhangni and devotee of Lord Adi Visheshwar along with Lord Ganesh, Nandiji and other deities within the precincts of temple complex known as “Ancient Temple” existing at Settlement Plot No.9130.

The petitioner precisely submited that the present suit seeking declaration and perpetual injunction against the defendants, so to perform religious prayers and practice fall within the ambit of Article 25, Constitution of India. It was also submitted that the devotee plaintiffs are worshippers of Lord Shiva and they practice, profess and propagate Vedic Sanatan Hindu Dharma and are competent to bring this suit in the interest of deities and for the benefit of other devotees.