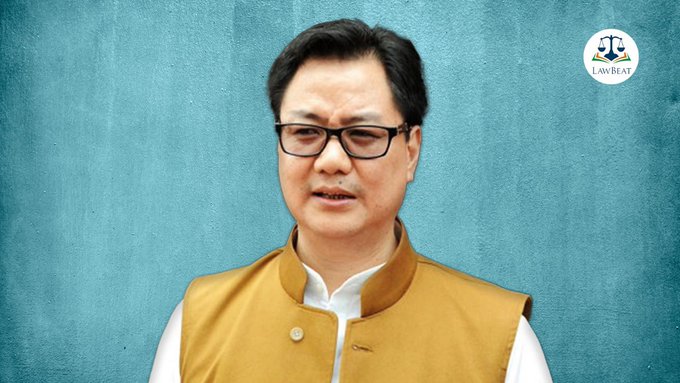 Recently, the Collegium made public both its reasons for reiteration and the government’s objections to the candidature of certain persons for judgeship.

In the midst of the ongoing squabble between the Centre and the Judiciary over the collegium system for appointing judges, Union Law Minister Kiren Rijiju on Tuesday said that the Supreme Court Collegium making public the inputs of Research and Analysis Wing (RAW) and Intelligence Bureau (IB) on recommended names by the Collegium for judgeship, is a matter of concern.

During a function organised to felicitate the award winners of e-courts project, while addressing the media, the Law Minister said that the people who are working for the country may have concerns that one day their RAW and IB files will be made public.

While highlighting the recent action of the Collegium of making inputs on recommended judges public, Rijiju said, “Will address the issue in due course”.

Recently, the Supreme Court Collegium headed by Chief Justice of India D Y Chandrachud published on the Supreme Court website, a slew of resolutions containing reasons given by the IB and RAW for the government’s objections to the candidature of recommended advocates for judgeship.

In three such recommendations, the Collegium made public both its reasons for reiteration and the government’s objections.

Refusing to further comment on the Collegium resolutions, the Law Minister said that he will speak about this at an appropriate time.

Moreover, recently, Rijiju on his Twitter handle posted an interview of Justice RS Sodhi (Retd.), Ex-Delhi High Court Judge. Justice Sodhi, in the interview with the Editor of ‘Law Street Bharat’, could be seen saying that at present Supreme Court has hijacked the Constitution.

Referring to the interview, Rijiju tweeted, "Voice of a Judge... Real beauty of Indian Democracy is- its success. People rule themselves through their representatives. Elected representatives represent the interests of the People & make laws. Our Judiciary is independent and our Constitution is Supreme.”