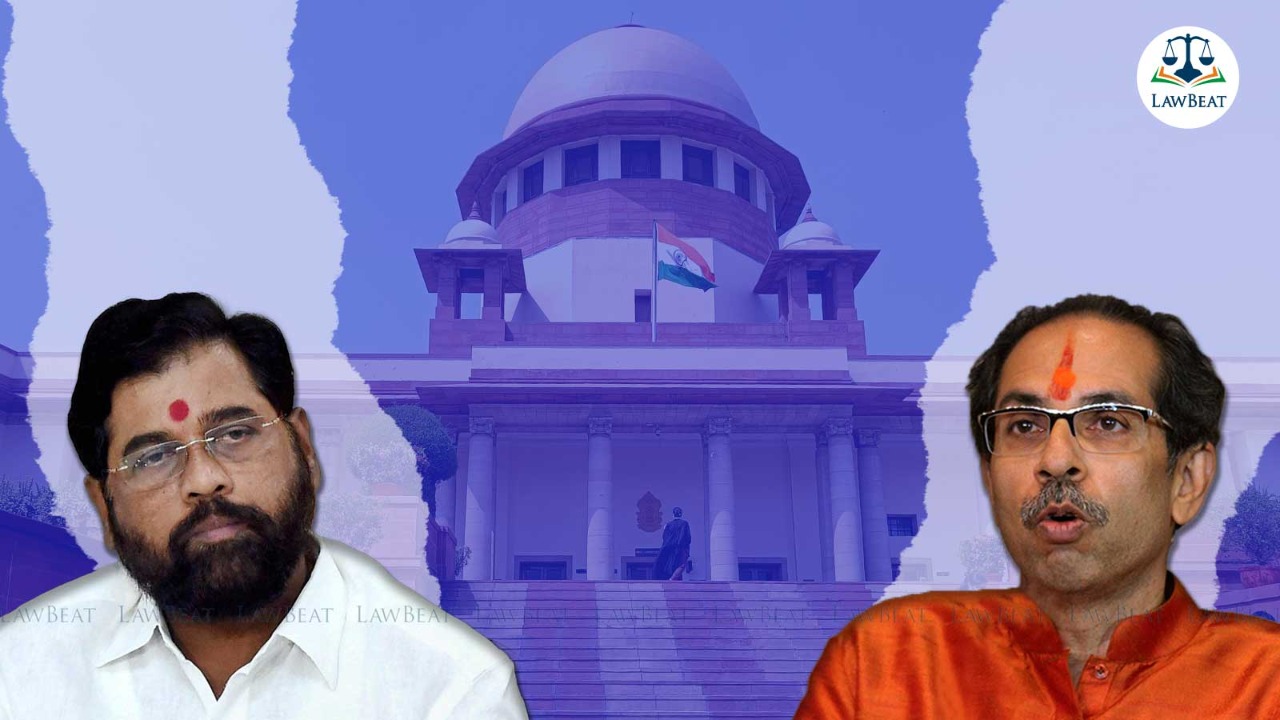 A Supreme Court bench headed by Chief Justice of India Justice NV Ramana today orally asked the Election Commission of India not to precipitate the proceedings initiated by the Shinde camp seeking to be recognized as the real Shiv Sena.

The bench, also consisting of Justices Krishna Murari and Hima Kohli, also indicated that they will take a call on whether the matters require consideration by a larger bench, by Monday.

When the matter came up for hearing, Harish Salve, Queen’s Counsel, appearing for the Shinde camp placed the legal issues before the court. Salve questioned as to whether disqualification under the tenth schedule before the speaker comes to an end if the speaker concludes that a member has voted against the stand of the party. Elaborating on this, Salve submitted that if an act is committed by a member, against the will of the party, he can be disqualified only if the speaker renders a decision.

Salve further submitted that if a speaker takes a month or two to decide on the disqualification, will the decisions taken by the members of the house during the pendency be rendered illegal?

Salve quoted Nani Palkhivala to say, “anti-defection law cannot be anti-dissent law.” The CJI at this point questioned as to what would be the use of the party whip under such circumstances. Salve argued that there is no illegality unless the speaker renders a finding on disqualification of the members.

It was argued by Salve that there is nothing on record to show that his clients have left the party. Salve argued that in case of such allegations, it is for the speaker to decide on disqualification and the courts cannot be approached under Articles 32 or 226.

Kapil Sibal, Sr. Advocate, appearing for the Uddhav camp, argued that the matter may not require the consideration of a larger bench. He further urged the court to direct ECI, not to proceed with the Shinde camp’s plea seeking claim of the Shiv Sena. CJI however opined that the plea before ECI pertains to political party while the proceedings before the Supreme Court pertain to the legislative party. Sibal added, “Can 40 MLAs of the legislative party say that they are the political party?”

Dr. Abhishek Manu Singhvi, Sr. Adv, appearing for the Uddhav camp, argued that the Shinde camp’s claim is based on their support of majority of the MLAs, should the MLAs be disqualified, the claim will not be sustainable. Singhvi said, “Where does the balance of convenience lie?”

Appearing for the ECI, Arvind Datar, Sr. Adv, argued that they are bound by the Representation of Peoples Act and Election Symbols order. He submitted that the ECI is bound to decide on the claim raised by a group. Datar argued that if some members of the legislative party are disqualified, they don’t cease to be members of the political party and the two are different.

The court, on hearing the submissions of the counsels, orally asked Election Commission not to precipitate the proceedings initiated by Shinde camp staking claim to Shiv Sena. The court thus passed an order that it has heard all the counsels and it will decide whether the matter requires the consideration of a larger bench.

The court, in its order, has said that the ECI has asked the Uddhav camp to file its reply to Shinde camp’s plea on August 8, 2022. The Uddhav camp may move a letter for adjournment before ECI, in view of the present proceedings and the same may be considered by ECI in a manner it thinks fit.

Yesterday, Dr.Singhvi, had argued that the constitutional sin of defection is so great that even the majority cannot legitimise it. Queen’s Counsel Harish Salve had argued that anti-defection law is not a weapon for a leader who has lost the majority within the party to hang on to power, by locking up its members.

In June, Eknath Shinde had moved the Supreme Court seeking direction to the Deputy Speaker to not take any action in the Disqualification Petition moved by Shiv Sena, seeking disqualification of Shinde and other MLAs.

Case title: Sunil Prabhu Vs Principal Secretary, Governor of Maharashtra and a batch of petitions