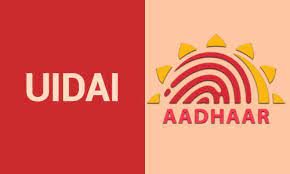 The Allahabad High Court recently expressed its consensus with Union Government's submission about filing a review petition against Supreme Court's judgment in Justice K. S. Puttaswamy (Retd.) and Anr. vs Union Of India And Ors. whereby the top court had ruled against mandatory linkage of Aadhaar with Bank accounts.

Highlights: The single judge bench comprising Justice Shekhar Kumar Yadav was essentially dealing with four bail pleas in a bank-fraud case where money had been withdrawn fraudulently from a retired judge's bank account misusing his phone.

During the hearing, Additional Solicitor General S.P. Singh appearing on behalf of the Union Government had submitted that though banks can keep an eye on customers' accounts if they are linked with their Aadhaar card but banks cannot push for such linkage as Supreme Court has ruled against such mandate.

To this, Justice Yadav observed,

"The Court agrees with the contention of Shri S.P. Singh that he should file a review petition in the Hon'ble Supreme Court regarding the mandatory nature of Aadhaar card, so that Aadhaar cards can be linked with bank accounts to prevent online bank fraud." (This is an approximate translation of an order originally written in Hindi)

In essence, the Senior Counsel was referring to Supreme Court's 2018 judgment in which, while striking off a few provisions of the Aadhaar (Targeted Delivery of Financial and Other Subsidies, Benefits and Services) Act 2016, the Apex Court had observed that the move of mandatory linking of Aadhaar with bank account does not satisfy the test of proportionality.

Notably, a former Allahabad High Court judge, Justice Poonam Srivastava had filed a First Information Report against some unknown persons alleging that they had withdrawn Rs. 5,00,000 from her bank account on December 4, 2020, by tricking her into giving her PAN, Aadhaar, and Passbook details on the phone. The key fraudster had called the judge under the garb of a bank official.

Thereafter, four persons were arrested pertaining to this cyber-fraud. The accused were charged with Sections 420, 467, 468, 471 of Indian Penal Code and Section 66(D) of the Information Technology Act.

The bail plea of the accused finally reached the High Court, which denied them the relief stating that there was no sufficient ground for applicants' release on bail.

Here while deciding to address the root cause, the High Court had earlier asked the Union & State Governments, along with the Reserve Bank of India to file their affidavit replying as to how poor people’s money deposited in banks can be saved from such thugs.

To this, the Union had replied that the entire issue of fraudulent withdrawal from bank customers' accounts is related to the Reserve Bank (RBI) and therefore, only the RBI is responsible for bank accounts' safety.

Further, acknowledging that there has been an increase in cyber crime in recent times, the state government had suggested that Union and state governments should collaborate to devise a system to put a stop to these crimes and security of the customers' money should also be guaranteed.

However, the state had also submitted that as the money is deposited in the bank, it is essentially the bank's responsibility to ensure safety of that money.

Responding to the state's submission, RBI submitted that from time to time, guidelines are made by it to prevent online fraud and banks are also alerted to prevent such frauds. It added that action is also taken against the banks if they do not follow the guidelines.

However, RBI had did not explain as to what would happen if banks do not follow the guidelines. It suggested that only the bank will be responsible for fraudulent withdrawal of customers' money.

Cause Title: Neeraj Mandal @ Rakesh v. State of Uttar Pradesh with 3 others