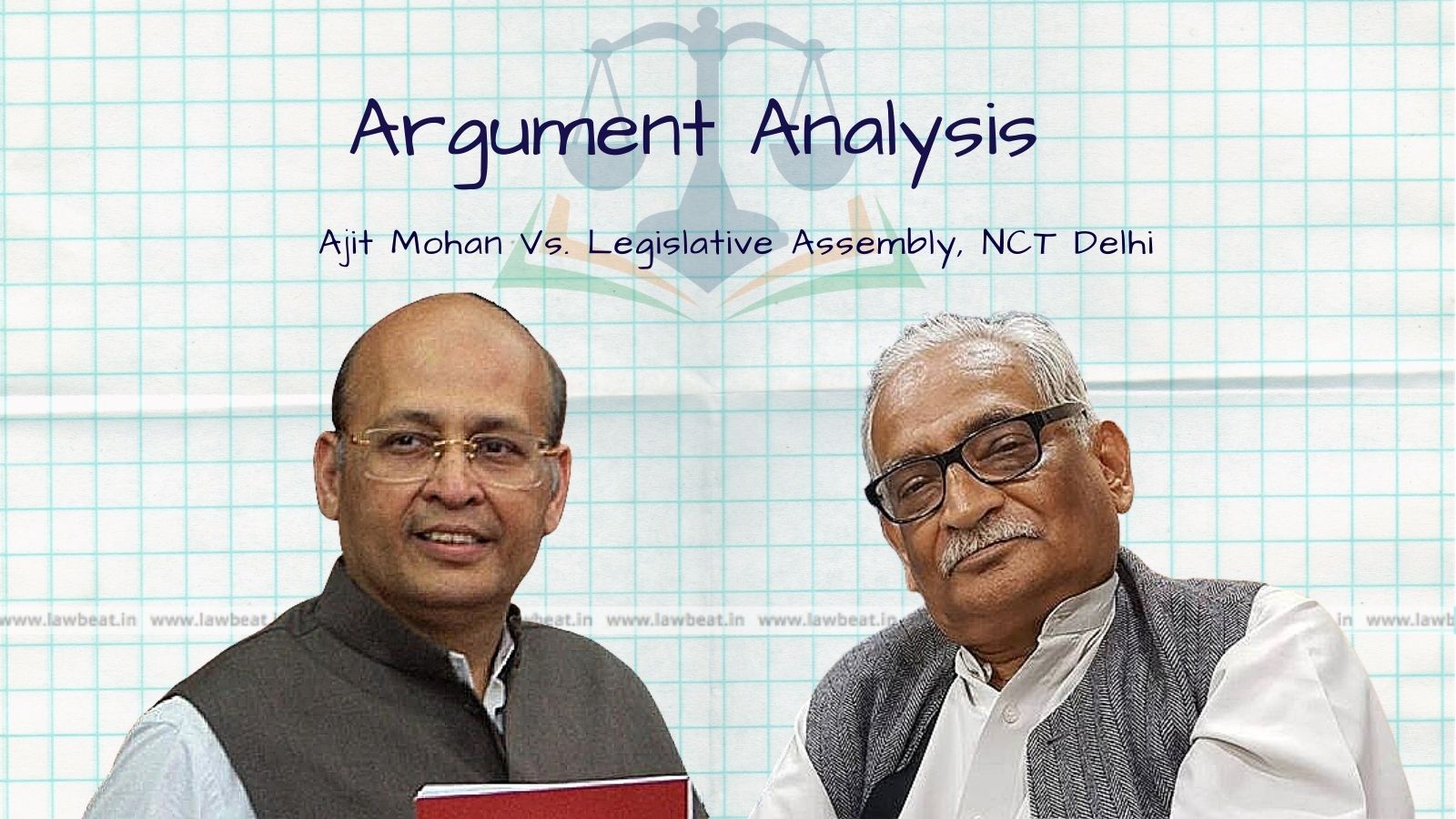 The hearing started with Dr. Singhvi continuing his submissions that were partly heard on February 4, 2021.

Justice SK Kaul asked Dr. Singhvi to elaborate on the submissions for clarity of thought process. He further asked him if the Bench could note that the respondent respected the respective entries and that there was no question related to encroachment on the jurisdiction of entries. Answering Justice Kaul's statement, Singhvi submitted that the petitioners are tilting at windmills in advance. The respondent has not and never intends to infringe upon the constitutional demarcation in view of the Constitutional exclusion of entries 1,2, and 18 of list 2 sanctified by the Constitution.

The second primary submission of Singhvi was that the petitioners were seeking an advance ruling on the competence of functioning of the Peace and Harmony Committee. He referred to Madras High Court's judgment to contend that the petitioner's argument is lexicographically, fundamentally, and constitutionally wrong to put peace and harmony in a straight jacket of public order. He substantiated this by stating that Mr. Salve's entire case is based on a particular Public Order entry. In Facebook's dictionary, Public Order is equal to Peace and Harmony, or at least Peace and Harmony equals Peace and Order. There is no entry in the world other than entry 18, which is a straw man argument.

Singhvi further contended while giving his third major submission that the petitioners have prejudiced the Bench by way of two points: Press Conference and Motives. He stated that the petitioner's argument with respect to the press conference was made as an afterthought, which was not cited as a ground for not appearing before the Peace and Harmony Committee.

"The petitioners are making a hill out of a molehill as the press conference has only paraphrased & formulated the views of the witnesses before the Committee. Motives of a committee cannot be called into question", Singhvi further submitted.

He referred to three U.S. Supreme Court judgments. While Singhvi was referring to the first judgment, Justice Hrishikesh Roy intervened and said, "Dr. Singhvi, the judgment says that legitimacy cannot be questioned based on outcome argument."

Dr. Singhvi, while answering Justice Roy's question: The judgment talked about 2 or 3 things. The first one was that investigation by itself is an end result. The second one is that inquisitorial powers are nugatory unless one issues summons and gets input. The third one is that after stages 2,3,4 and 5, the inquisitorial powers may result in a product that too is judged when it is produced based on constitutional validity.

Singhvi finally concluded his submission by making his submissions regarding the petitioner's contention of prima facie violation of fundamental rights. He said that no fundamental right nor even Part III was violated by way of issuance of summons. To substantiate his argument Singhvi further submitted that petitioner 2 is an Indian Company and petitioner 3 is the Foreign Corporation. Petitioner 1 is neither the shareholder of petitioner number 2. He further said that Article 19 does not apply to corporations but to their owners, provided they are Indians. Petitioner No 1 was summoned not as a private individual but to answer questions on behalf of petitioner number 2, being a vice president and managing director of petitioner number 2, petitioner number 1 has no right under Article 19(1)(a). Concerning article 21, he contended that summons was issued only to appear as a witness, and no coercive action was taken against the petitioner. If for the summons to appear as a witness, violation of article 21 is accepted, the entire criminal justice system would come to a standstill. To petitioner's contention of violation of the right to privacy, Singhvi submitted that privacy emanated from the right to life and personal liberty and relied on various Supreme Court judgments to contend that corporations do not have any right to privacy.

While Singhvi was concluding his arguments, Justice SK Kaul asked Dr. Singhvi: Now you have issued a notice to Facebook. What is the remedy available to you if Facebook does not respond to your notice?

Dr. Singhvi: Every legislature issues summons &, after the same reach, gives a date. Upon non-appearance of the party, the Committee discusses & reports it to the Speaker. The Speaker then considers & refers to the Adjudicatory Body called as Privileges Breach Committee. The Committee does not discuss anything concerning the person, but if it considers the matter concerning which notice was issued, it again notices the person.

SK Kaul: Even if the person still does not appear, who will you hold liable for breach of privilege?

Singhvi: We cannot hold the corporation liable but then we hold the person in charge who is called liable.

Justice Kaul: Even if the owner says that I am not willing to attend, then how will you ensure enforcement?

Singhvi: I can only refer to William Anderson in Bhopal Gas Tragedy who was summoned until he was dead. This question has made me disentangle 6 steps.

After Dr. Singhvi concluded his submissions, Dr. Rajeev Dhavan started making his submissions and touched upon Communal Harmony's concept in Delhi. He further elaborated on article 194 para three and submitted that legislative privileges were frozen after The Constitution (Fifty Fourth) Amendment Act,1986.

The next submission made by Dr. Rajeev Dhavan was that there is a lot of fudging on the arguments made by Senior Advocate Harish Salve as the petitioner neither challenged the composition nor constitution of the Peace and Harmony Committee and tried to invoke Article 32.

Today's hearing concluded with Dr. Dhavan saying that Ajit Mohan is a sham petitioner, whereas Facebook is the actual petitioner.